Read​ on​ for​ an​ overview​ of​ our insights

Relative to prior period

Read on for an overview of the report 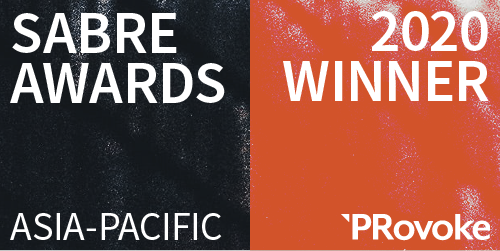 The firm has been recognised in the Real Estate & Construction category for its #BeatTheVirus - COVID-19 Digital Engagement campaign. Read more about the win here.

COVID-19 affected markets across borders, multiple real estate sectors and people in our communities across Asia Pacific. We’re here to help you be enterprising, to navigate the effects of the novel coronavirus and make the most of opportunities as markets in the region start to recover.

Colliers is providing you insights and recommendations from across APAC in a single resource, to help you continue to accelerate your success through property.

Read on for recommendations from our market leaders and workplace experts.

Eight investment sales closed this quarter for a total of nearly $1.2 billion in investment volume.

There was over 4.2 million square feet of office space under construction throughout San Francisco.

The property market’s resilience in Asia’s major cities is evident in total investment volumes, which registered only a 3% dip in the 10 largest urban property markets compared to a 13% fall in the overall regional market in the first nine months of 2019. This is a healthy outcome in light of the challenges of the past year. While growth continues to decelerate modestly, low to negative interest rates should help raise total investment volumes by 7% to USD124 billion in 2020. 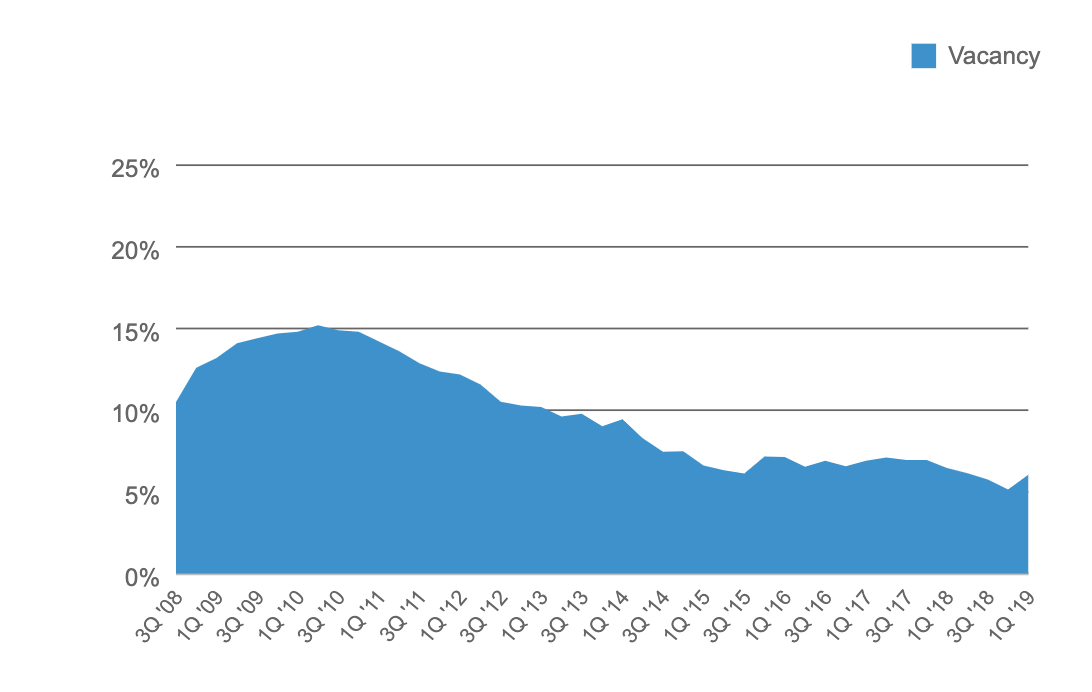 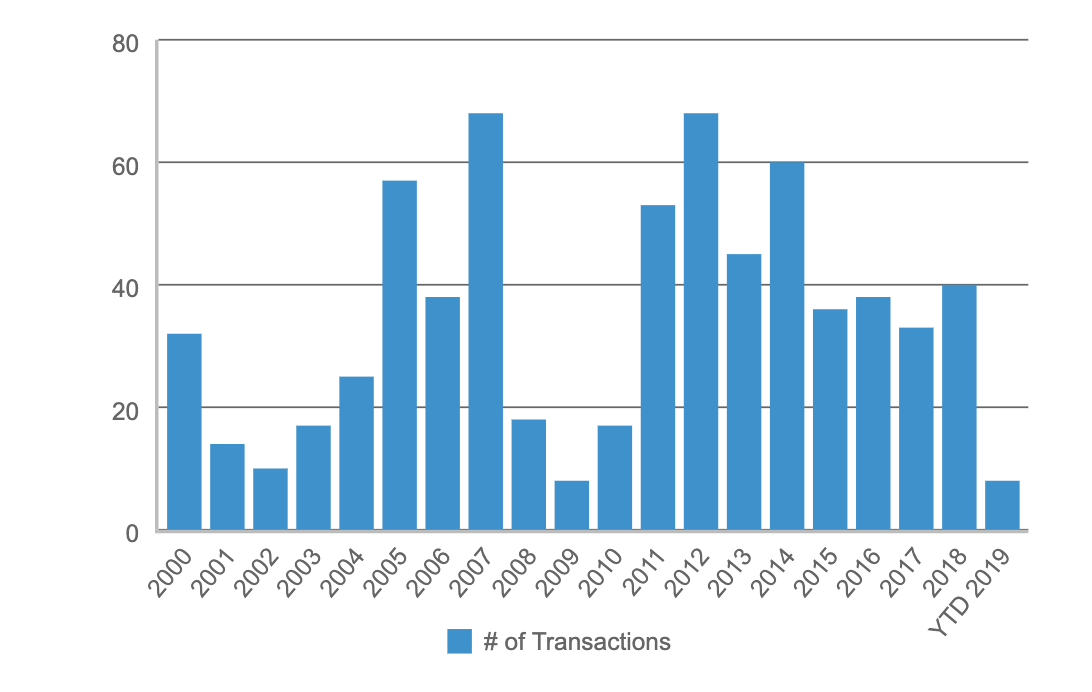 Over Q3 2020, property markets across Asia Pacific continued to regain momentum as investors bet on the region's long-term potential. Markets such as Singapore, Taiwan and China saw a resurgence in transactions over the quarter, with the commercial and logistics sectors remaining key areas of focus. Activity across the region is likely to gain pace in the final months of 2020 as more governments ease restrictions, while investors and occupiers move to take advantage of attractive buying opportunities.

We expect COVID-19 to continue to affect APAC markets in H1 2020, with an anticipated recovery in H2 2020. What does this scenario imply for office occupiers in Asia Pacific? We recommend:

China is probably one of the first markets to start to recover from the effects of COVID-19 and we have already seen a huge rebound in confidence and spending power. Data centers and logistics warehouses have emerged as the strongest sectors, followed by business parks.

After shutting down most manufacturing and service sectors for three weeks, China has officially resumed work on Monday (February 24). As the factories rumble back to action, China is also faced with the challenge of striking a balance between virus containment and getting its economy back on track. In the midst of one of China’s most acute economic setbacks and concerns on the lingering effects from the coronavirus, Hongkong Land surprised the market on February 20 with a record land bid of RMB31.05 billion (USD4.48 billion) for a development site in Shanghai’s Xuhui West Bund area.

The site, which was listed for sale in December of last year, is 231,300 square meters and is located in the south of Shanghai’s traditional downtown area between Huangpu river’s west bank and Longhua Middle Road. Reportedly, the site would be fully developed in a few phases by 2027 with a total gross floor area (GFA) of 1.09 million square meters (11.73 million square feet), of which 650,000 square meters would be allocated for office space, 210,000 square meters is planned for retail, and the remaining would be used for a hotel, high-end residentials, affordable housings and long-term lease apartments. Hongkong Land’s record breaking land acquisition is a vote of confidence to the real estate market, as it is a clear indication that foreign investors are still planning to invest in China for the long-term. In open statements, Hongkong Land said: “the land acquisition provides the Group with an attractive opportunity to develop and operate a commercial complex of scale in a prime location in Shanghai, the predominant commercial hub of the Chinese mainland.”

While Hongkong Land’s record high price tag may raise eyebrows, our Research survey in the past has shown that even with near-term political or economic uncertainties, both domestic and foreign investors have held a positive long-term outlook towards China’s economic growth. Based on Colliers Pan-China investment survey published in July 2019, 68% of the respondents expressed their willingness to continue investments into China, as investors are adopting a long-term view to avoid missing out the huge potential demand. Also, in Colliers most recent survey on the coronavirus impact on China’s real estate market, most investors believe real estate valuations will probably be depressed in the near term but should rebound in H2 2020, and the current market weakness should provide an opportunity to hunt for bargains.

The COVID-19 pandemic is testing the resilience of Hong Kong, but it still remains attractive among international and Chinese companies as a platform to seek listing, establish an operational footprint and trade across border with China.

Singapore has been highly commended for the government’s approach in handling the effects of COVID-19. This augurs well for Singapore in terms of attracting talent, businesses and investors. There will be real estate opportunities as businesses affected by COViD-19 will have to reassess their options.

While we continue monitoring the evolving situation closely, we make the following recommendations:

The effects of COVID-19 have resulted in increased adverse impacts on the Japanese economy. As China is Japan’s largest trading partner, representing 29% of imports and 22% of exports, we expect both demand and supply impacts in coming months. Based on Colliers’ research, we recommend,

Korea’s robust and consistent standard operating procedures (SOPs) in identifying and containing the spread of the virus have largely been successful and it is thought, despite a few isolated clusters of infection, that the situation has peaked and is under control. Most employees have already returned to their workplaces.

The outbreak of COVID-19 accelerated rapidly since March 2020 in India, leading the government to announce a national lockdown from 25 March to 31 May 2020. On 12 May 2020, the central government announced a financial stimulus of approximately INR20 trillion (USD267 billion). The aim of the intervention is to inject liquidity into the financial system, revive the economy, limit the effects of the virus on the labour market and boost confidence at a time when economists are projecting a 3.0% decline in India’s 2020 GDP growth.

The Philippine economy grew by 5.9% in 2019, the slowest pace since the 3.7% recorded in 2011.The economic growth potential for 2020 will be clipped by the effects of COVID-19. In our opinion, a coordinated policy and monetary response from the Philippine government and central bank is likely to instill confidence in the property market before the end of 2020, assuming the outbreak has reached its peak.

As telecommuting and remote working become the norm for affected workforces, we look again at how best to “cloud your workforce”, enhance productivity of your people and maximise your real estate.

Health and connectivity can both benefit from wellness tech. We recommend to identify key technologies that can support the health and wellness across workspaces, remote workers, and the organisation.

In this challenging time as COVID-19 impacts workplace operations globally, we advise how occupiers can engage with flexible workspace operators, as both a near-term business continuity solution and longer-term way of working for enterprises.